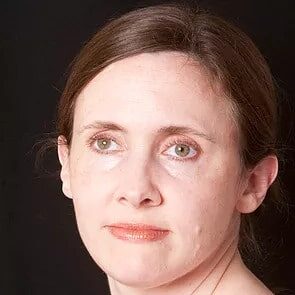 ​Andrea has studied with cellists Alan Harris, David Wells and Peter Stumpf, and ensembles including the Cleveland Quartet, the Emerson Quartet, and the American Quartet. She has participated in masterclasses with Orlando Cole, Irene Sharp and Yehudi Hanani and attended the Aspen Music School, the Yellow Barn Music Festival and the Spoleto Festival, SC. She currently teaches and performs each summer as artist faculty at the Stamford International Music Festival in England. Her playing has been hailed as “rich and eloquent” (The Evening Telegraph, UK). Andrea has held positions as principal cellist with the Waterbury Symphony Orchestra, the Wallingford Symphony Orchestra and the Cleveland Women’s Orchestra, with whom she performed as soloist. As an orchestral musician she has played with numerous orchestras including the Kalamazoo Symphony, the South Bend Symphony, the Illinois Philharmonic, Connecticut Virtuosi, the New Haven Symphony, the Greater Bridgeport Symphony, Youngstown Symphony, the Erie Philharmonic and the Cleveland Chamber Symphony. In 2003, she joined the orchestra of the Sarasota Opera Company. Andrea has a wide variety of musical interests from contemporary music to jazz cello and is a regular recording artist for film and television. In 1998, she studied jazz cello at the Henry Mancini Institute, CA., where she performed at the Hollywood Bowl. She has played with such familiar names as Andrea Bocelli, Luciano Pavarotti, Johnny Mathias, Yes, Diana Krall, Dave Gruisin, the Trans-Siberian Orchestra and the Turtle Island String Quartet. As a dedicated teacher of both traditional and Suzuki cello she has served on the faculty of the Ethel Walker School, Choate-Rosemary Hall, the Hartt Community Division and led the cello division of the Western Springs School of Talent Education. Her pedagogy training includes specialist work in San Francisco, Cleveland, Ithaca, West Hartford, and Chicago. Currently, she serves on the faculty at Valparaiso University where she teaches cello and chamber music and coaches orchestra. She recently assisted on a book on cello technique published by International Edition. She is the founding Director of Musici Entertainment and performs as cellist with the Castillon Trio described as a “dynamic American Trio” (Evening Telegraph, UK) “not to be missed by any music lover” (Herald Argus).