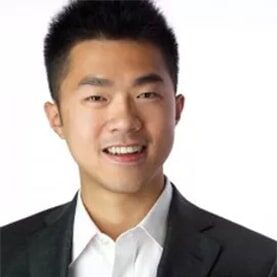 Taiwanese pianist Hsin-I Huang captivates his audiences with his virtuoso performances, in which he exhibits masterful playing and profound musical sensitivity. His impressive range has attracted much praise, and his illustrious career has earned him many awards. As a soloist and chamber musician, Mr. Huang has performed throughout Asia, Europe, and the United States and continues to hold recitals around the world.

Mr. Huang gave his first public performance at the age of eight and debuted in the United States at the age of sixteen at the world-renowned Weill Recital Hall at Carnegie Hall, in New York, New York. Ever since his debut, he has become a frequent performer on the Carnegie Hall stage. He was awarded a full scholarship for summer study at the prestigious Meadowmount School of Music, in Westport, New York, in 2008, 2009, and 2010. He was also invited to participate at the 2012 and 2015 International Keyboard Institute and Festival in New York City. He was invited to the Bowdoin international Music Festival as the Kaplan Fellows in 2014. In 2017, Mr. Huang was invited as the pianist for the La Lingua Della Lirica in Italy. Besides the demanding performance schedule, has also been invited to conduct masterclasses in both US and Taiwan.

Mr. Huang is an adjunct professor at Queens College and has taught at Columbus State University pre-college. He has taught masterclasses in the United States, Taiwan and Singapore and has served as an adjudicator for the Forte International Competition in New York and the Singapore Annual Music Talent Competition.