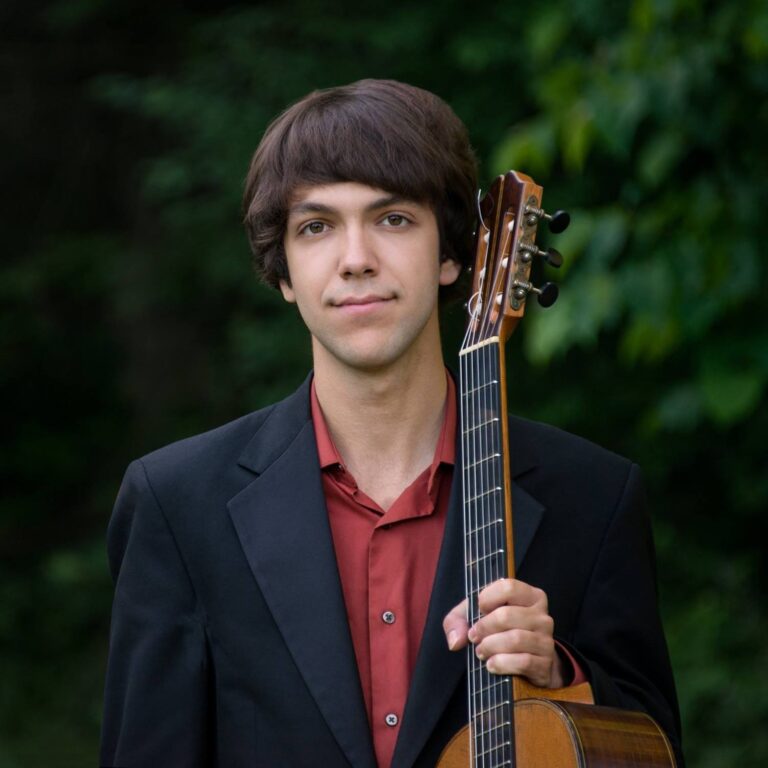 Winning over 10 competitions, David is the youngest guitarist to place first at the Hamilton International and Great Lakes Collegiate Guitar Competition. A sought after performer, David has concertized across the US, Canada, and Europe in venues including Carnegie/Wigmore Hall and festivals including Hamilton, Montreal, and Ullapool International Guitar Festivals. Concerto highlights include his debut with the Rochester Philharmonic Orchestra at the age of 17 and the Los Angeles debut of Steve Goss’ Concerto of Colours with the USC Wind Ensemble. On the radio, David has performed for NPR’s From the Top, WXXI’s Backstage Pass, and Classical KUSC’s Sunday’s Live. Through online platforms, he has been featured by Guitar Salon International and Guy Traviss.

As a podcaster, David is host and producer of The Tonebase Classical Guitar Podcast. David has interviewed guitarists of well renown including Pepe Romero, Judicaël Perroy, Scott Tennant, Eliot Fisk, and Ben Verdery. He has brought insightful conversations with topics ranging from pedagogical approaches to recording techniques with listeners across 20+ countries.

A passionate teacher, David has taught guitar to all ages and levels over the past decade. He has conducted masterclasses for venues including Guitar San Antonio, Guitar Hamilton, and the Interlochen Arts Academy along with holding a private studio.